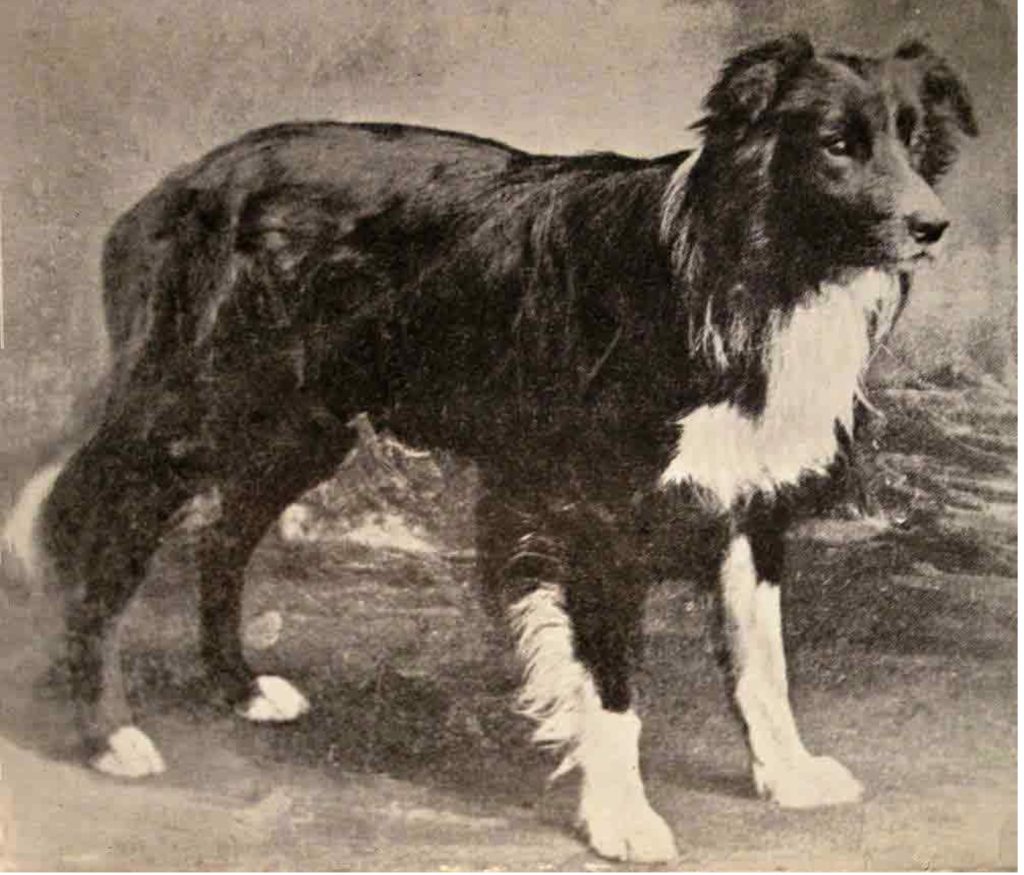 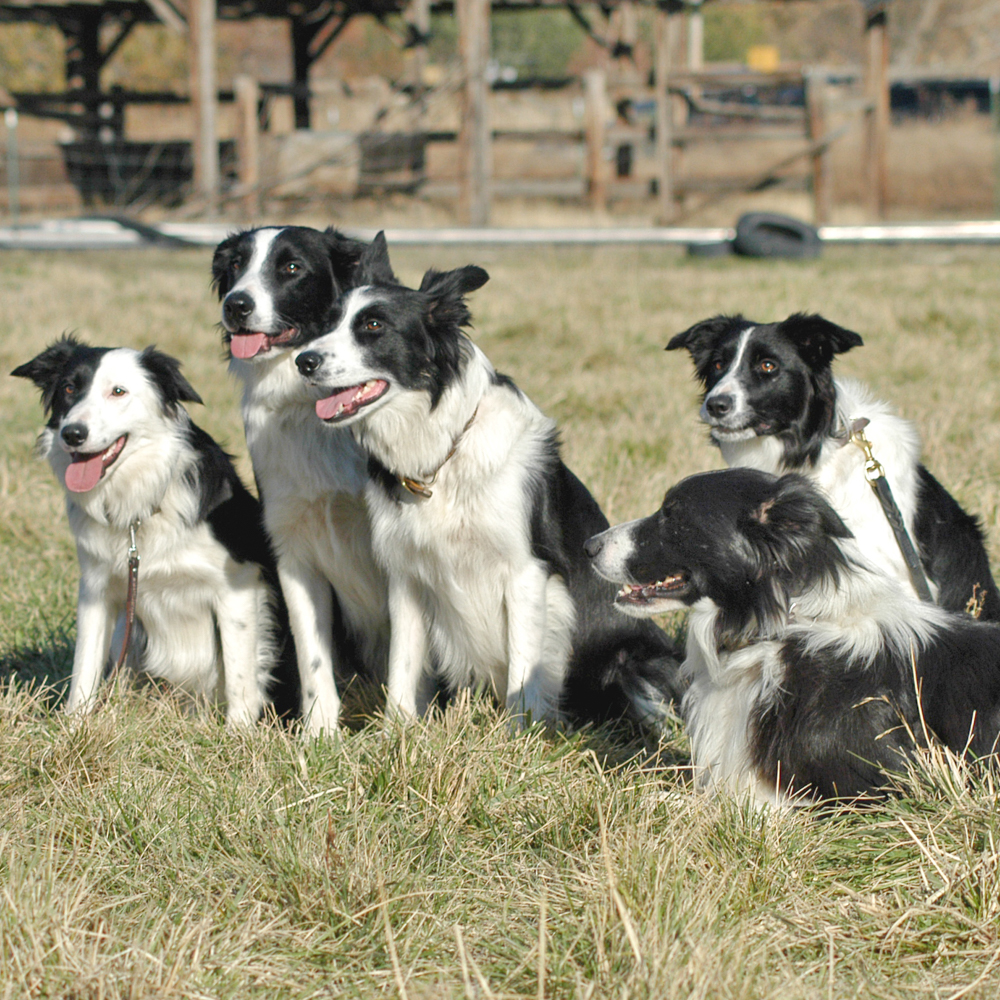 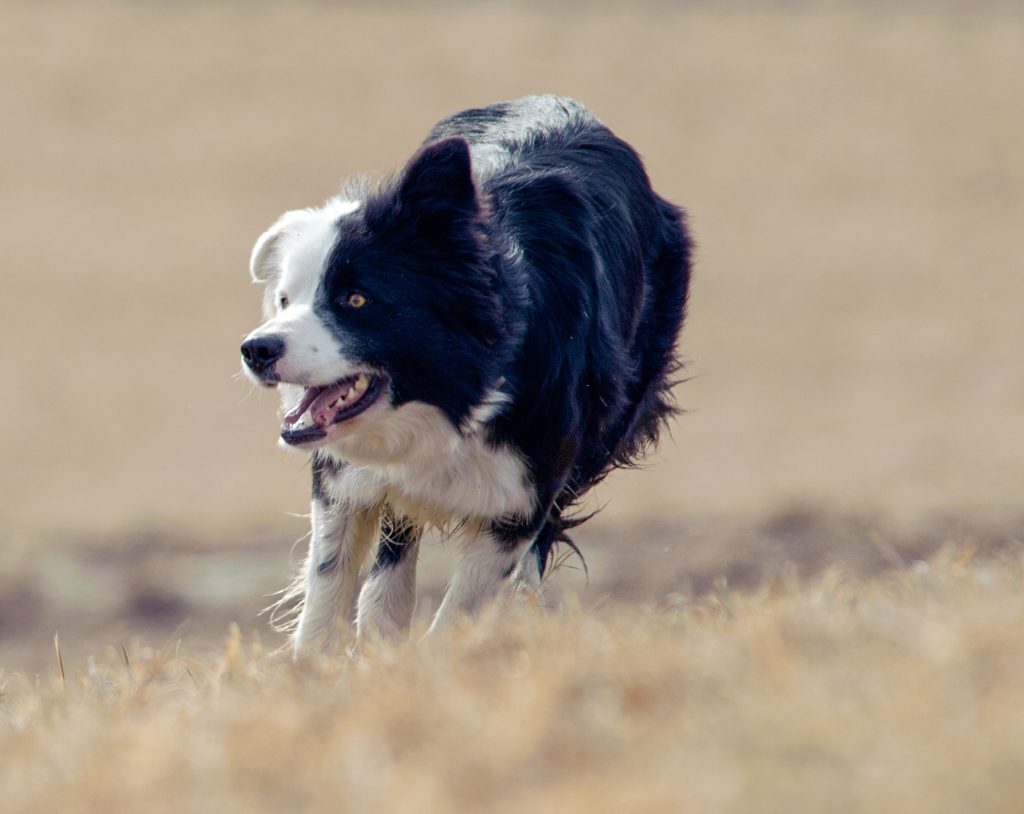 The History of the Breed

The dogs you see competing here at Soldier Hollow are Border Collies. Although dogs similar to today’s border collies were most likely working alongside farmers as far back as the first century B.C., all the border collies alive today can trace their roots back to one common ancestor, a dog named Old Hemp.

Old Hemp was owned by Adam Telfer and was used as a working dog to herd sheep. Impressed by Old Hemp’s intelligence, natural instincts, and herding ability, he soon became the top working dog on Telfer’s farm.  What made Old Hemp unique among other sheepdogs was he did not rely on barking to do his job. He worked quietly and used his body position to move the sheep. He also seemed to know how and where the sheep would be moving and was able to head them off quickly and easily. This style was adopted and used by other breeders and trainers and became the most common style among Border Collies within a few generations, with his descendants becoming successful international sheepdog champions.

Old Hemp’s contribution to the Border Collie breed cannot be understated, and Telfer, the dog’s owner, and breeder, is credited with producing a strong line of herding dogs that set the standards for the breed, as later designated by the International Sheep Dog Society. While it is not known if Hemp participated in any sheepdog trials, a dog from Telfer’s own breeding stock, Sweep (a grandson of Hemp), won the International Sheepdog championship twice.  Adam Telfer later bred and owned another dog named Hemp, a descendant of Old Hemp. The younger Hemp won the 1924 International Farmers Championship for sheepdogs. This was not the only victory in that competition by Old Hemp’s descendants. Each of the twenty-nine collies that won the championship between 1906 and 1951 were descendants of Old Hemp.

In Canada and the United States in the years following the end of the Civil War, prominent sheep farmers started to import sheep from Scotland and other areas. Coming over on the cargo ships with the sheep were the sheepdogs, including dogs that would later be called Border Collies.  Prior to the widespread use of barbed wire fencing, which was invented in 1874, the prairie was a wide-open region. It was necessary to move large herds of sheep and cattle across great distances, either to take them to fresh pasture areas, to move them to winter grazing grounds, or to take them to market.  The task of containing and moving the livestock was to the responsibility of ranch hands on horseback, with the invaluable assistance of herding dogs, particularly Border Collies.  According to written accounts of the day, a herd of a thousand sheep could be managed by one rancher and one good dog. As the dogs’ handlers demonstrated the animals’ abilities to the amazed American ranchers, many of them sent word back to Scotland and England asking for more herding dogs to be sent across the Atlantic to the Americas.

The Border Collie is renowned for its intelligence, agility, hard work and innate skills with animals for herding. Its skills have been shaped by many generations of breeding. These remarkable dogs are still needed today on farms and ranches all over the country.  These great working dogs have never been bred for appearance but are defined by their working ability.

Many people who see the clever, well-behaved dogs at a sheepdog trial think that they would like to have a Border Collie for a pet.  Often, this is a bad idea.  Border Collies are active, high-energy dogs who always want to be doing something with a person.  If working with a dog is your favorite thing to do, and you have lots of time available for it, you might be very happy with a pet Border Collie.  If your lifestyle does not support giving the Border Collie the exercise that it needs, another type of dog might be a better choice for you.

If you’ve decided that a Border Collie would be the right pet for you, you will be best off getting one from a good breeder or from a rescue organization.  Here are some tips to help:

In closing, come at watch these amazing dogs at the Soldier Hollow Classic Sheepdog Championship.  Watch them work and admire them for their athleticism, courage and intelligence but remember, they may not be your perfect pet. 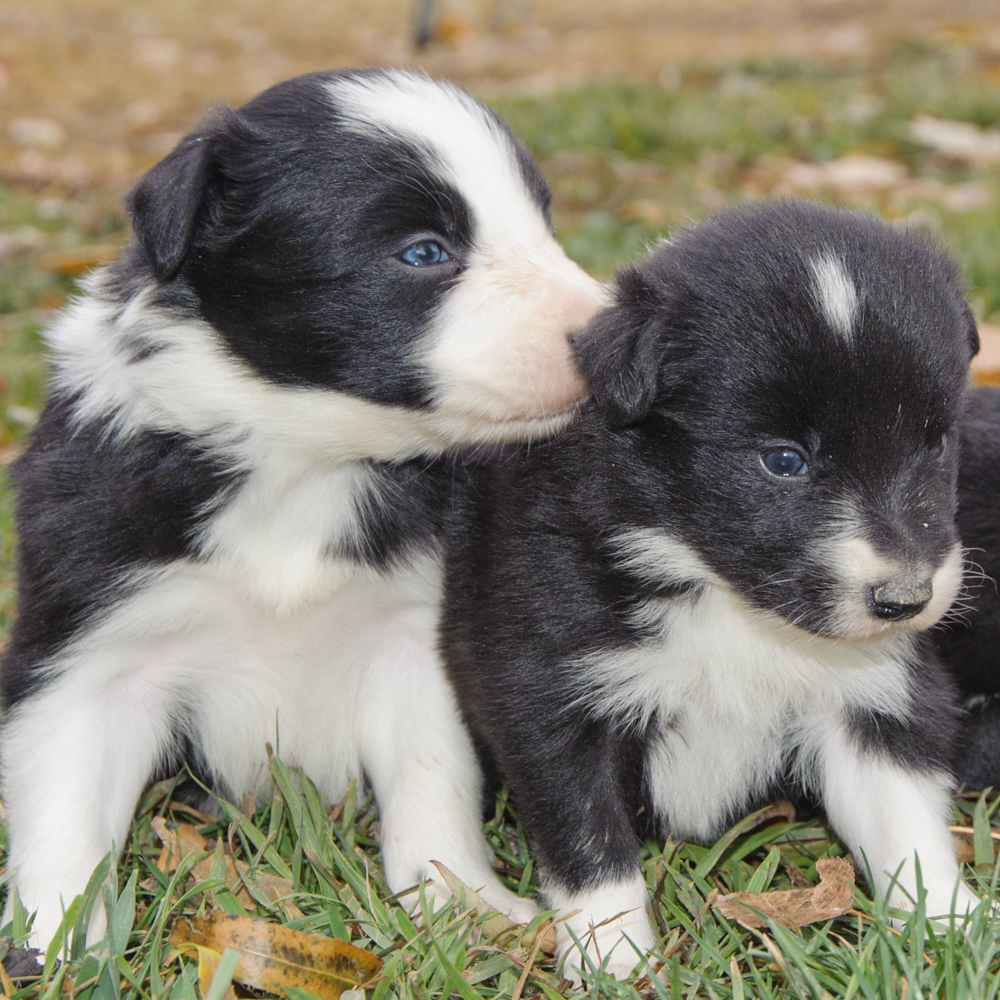 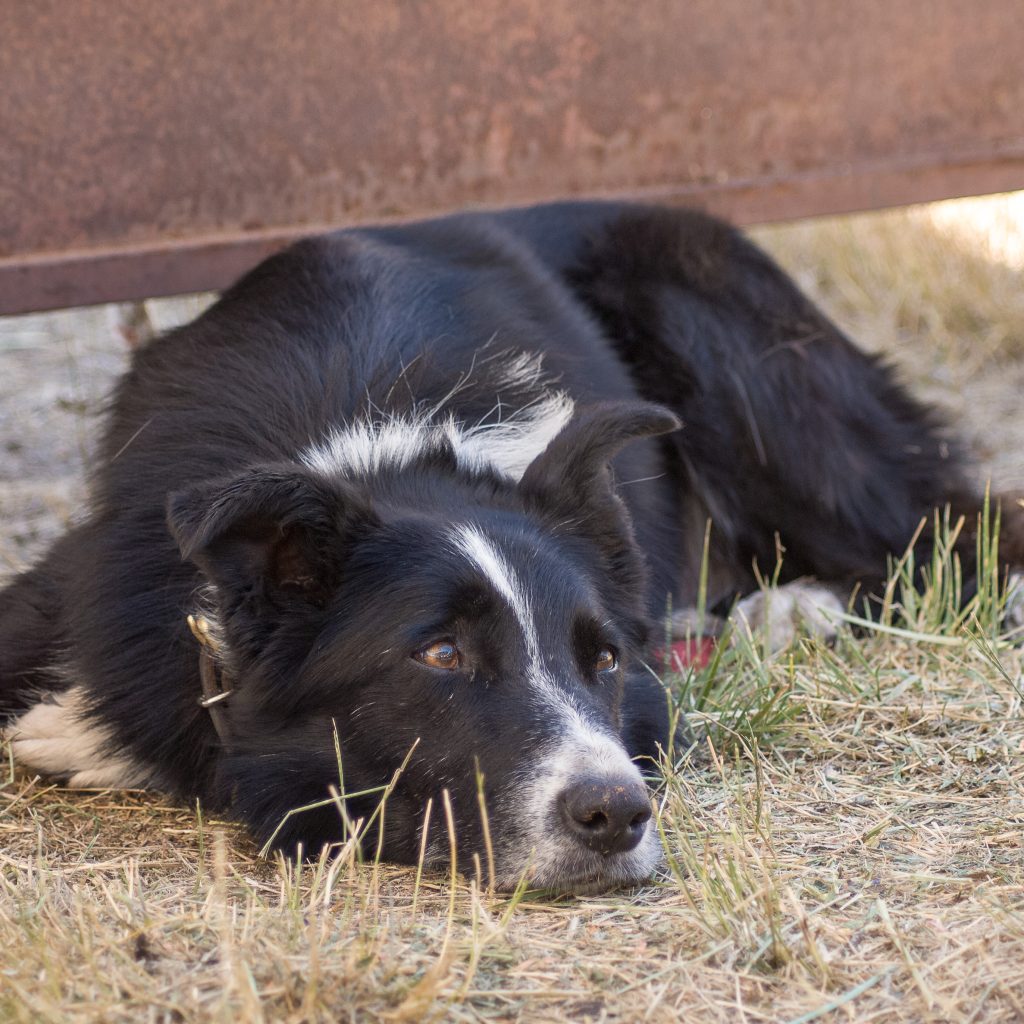 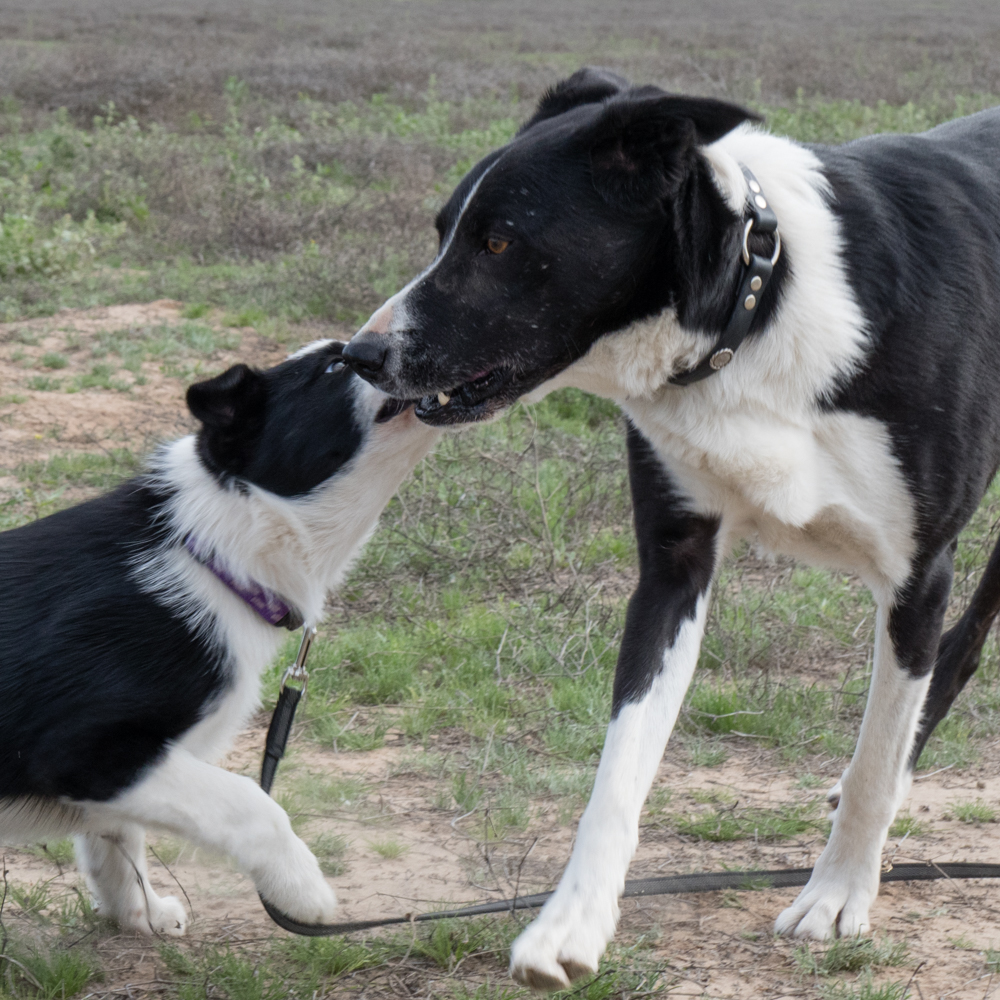 Due to the nature of this event and the large crowds, spectator animals are not allowed at the Soldier Hollow Classic Sheepdog Championship & Festival.

Only animals involved in the Sheepdog competition, animal-based demonstrations, and  service animals will be allowed access into the event. Should spectators arrive at the event with their animals, and it is not a leashed service animal, they will need to take their animals home prior to entering the event.