The Sheep at Soldier Hollow 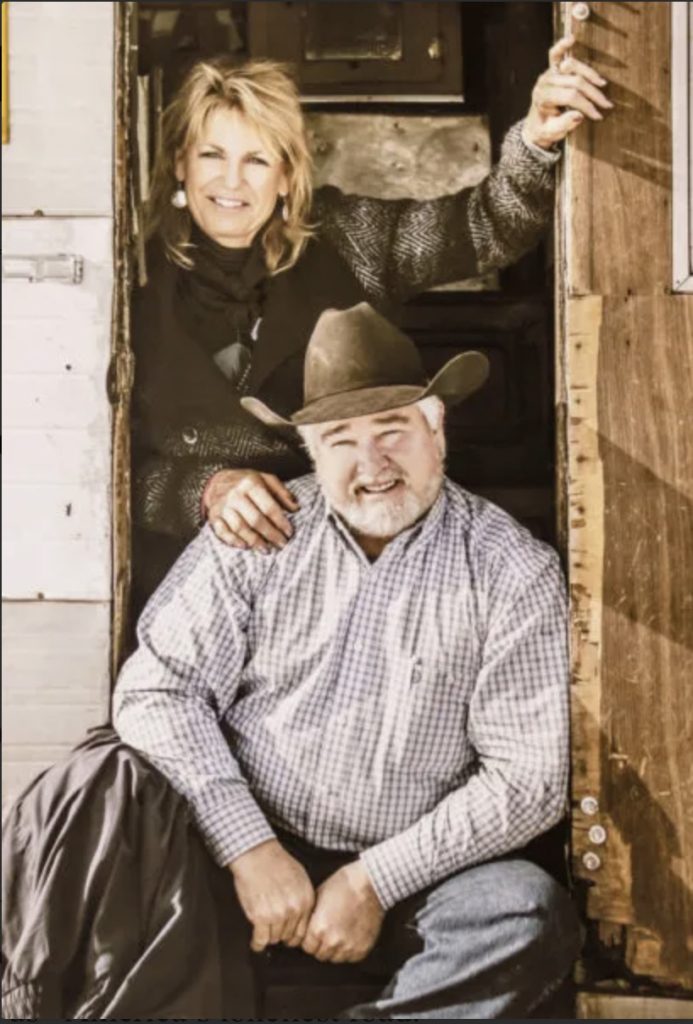 We are pleased to welcome back Brian and Ann Mikkelsen Okelberry as our sheep providers for this year’s Soldier Hollow Classic.  The Okelberrys are stewards of one of the larger sheep and cattle operations on the “west desert,” which stretches over about 150 miles of western Utah and eastern Nevada. They winter about 9,000 sheep and more than 1,000 cattle on the west desert. They keep the cattle on their 1,000-acre Big Springs Ranch, located 2 miles west of the Utah border and about 28 miles due south of the Border Inn. But that’s just their “deeded land,” as Brian puts it.  They have grazing rights on more than 115,000 acres of public land in obscure locations such as the Burbank Hills, the Confusion Range, near the town of Garrison, around Wheeler Peak and “deeper into Nevada,” Brian says.

Perhaps the most remarkable thing about Brian and Ann is that both represent the fifth generation of sheep ranchers in their families. Both of their great-great-grandfathers, great-grandfathers, grandfathers and fathers raised sheep. And most of those generations wintered their sheep on the west desert. Brian’s grandfather, Roy, acquired substantial grazing rights in Wasatch County. One of Roy’s sons, Ray, got a degree in range management at Utah State University. It was Ray and his wife, Sue Ann —Brian’s parents—who built the Okelberry operation into something of a livestock empire. In the early 1950s, they herded sheep along Pass Creek in the Unita National Forest east of Heber. Then they purchased grazing allotments in Bryan’s Fork, a tributary to Strawberry Reservoir.

At age 11, Brian was herding on his own, staying with sheep for several days and nights at a time. Ann says she has seen a tree on one of the family sites in Wasatch County where young Brian carved the message, “Dad, please come today.” He said he knew what he wanted to do. He wanted to be a sheep rancher. That decision was confirmed in 1983, when he took time out to be a professional rodeo bull rider. After a year, he drove from Florida to Gosen, 2,600 miles, without stopping overnight. “I wanted to get back to my work,” he says.

Today, Brian’s and Anne’s lives have a standard rotation. They winter their stock on the west desert; spend part of April, all of May and the first part of June lambing and shearing their sheep in Juab County a few miles from Goshen; and summer their sheep in Wasatch County.

More information on the Okleberry sheep and cattle ranch here – Okleberry story.  Courtesy of Brian and Ann Okelberry and the Sanpete Messenger 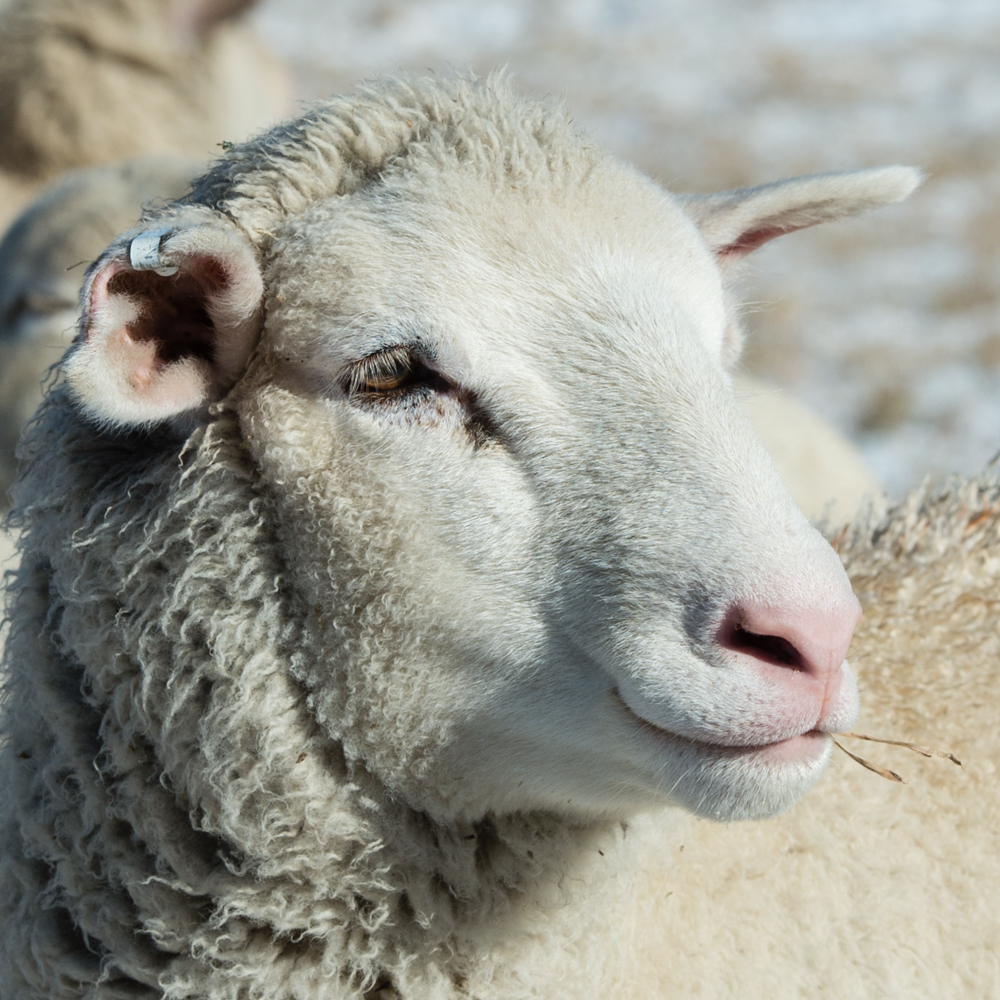 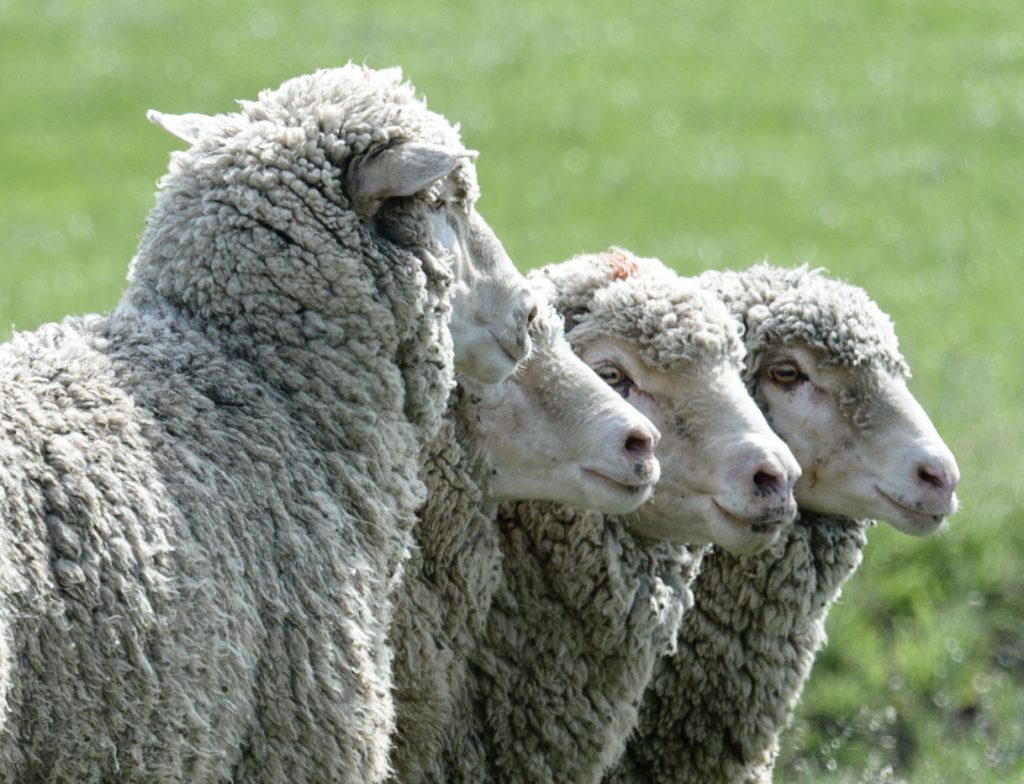 The sheep that we are running here at the Soldier Hollow Classic are Rambouillet, which too have a fascinating history.  It is one of the oldest sheep breeds in the record books, with its origins dating back over 200 years. It is derived from Spain’s famous Merino Sheep, which were some of the world’s first and best-producing wool bearers.  At the time, the Spanish government knew exactly what they had, and didn’t want to lose it. Therefore, any exportation of these sheep was strictly forbidden. This policy changed in 1786 when the King of Spain granted a request from the government of France and sent 359 carefully selected rams and ewes to help improve the native French stock. The sheep were sent to the Rambouillet farm near Paris where, according to government records, they have been bred since 1801 and continue to this day.

The Rambouillet are generally considered the “backbone” of the American Sheep Industry, forming the foundation of most western range flocks and raised throughout the United States.  In 1889, the Rambouillet Association was formed in the US to preserve the breed.

Rambouillet sheep are distinguishable by their white face and wooly legs. The Rambouillet is considered one of the leading breeds of fine-wool sheep and Rambouillet sheep can thrive in a wide variety of conditions, making them a popular choice for large range operations in the western U.S.

The Rambouillet is a dual-purpose sheep.  They are some of the best wool producers with heavy fleeces and can be crossbred with medium and long coarse wool sheep to produce rugged ewes with heavy, attractive wool of a medium weight.  If you want to raise sheep for meat, Rambouillet sheep are a good choice for that, too. These sheep are heavy, with lambs growing rapidly with proper feed. They’ll produce satisfactory weights at just 6-9 months of age.

Due to the nature of this event and the large crowds, spectator animals are not allowed at the Soldier Hollow Classic Sheepdog Championship & Festival.

Only animals involved in the Sheepdog competition, animal-based demonstrations, and  service animals will be allowed access into the event. Should spectators arrive at the event with their animals, and it is not a leashed service animal, they will need to take their animals home prior to entering the event.